There’s a new kid in town: VALONA JONES. She’s sassy and to the point. Valona Jones tells it like it is. She writes paranormal cozies, particularly The Book and Candle Shop Mysteries for Crooked Lane Publishing. Book 1 of the series, SNUFFED OUT, is tentatively scheduled for a January 2023 release. Book 2 is in the works, and there’s every hope Book 3 will be along soon thereafter. More news as it breaks… Stay tuned to be part of this exciting new adventure! 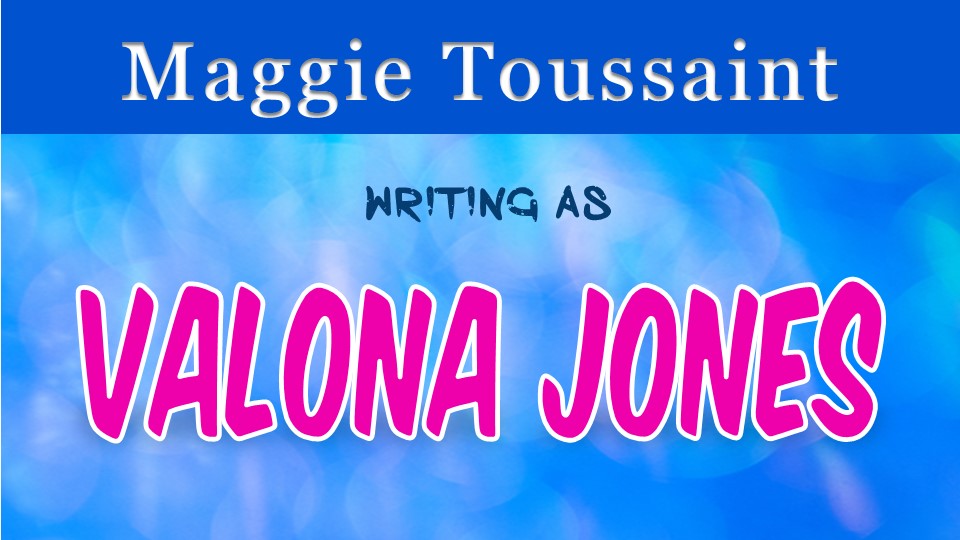 The Great Escapes Virtual Book Tour for SPAWNING SUSPICION is scheduled and ready for launch!

April 18 – I Read What You Write – AUTHOR INTERVIEW

April 18 – Cozy Up With Kathy – SPOTLIGHT 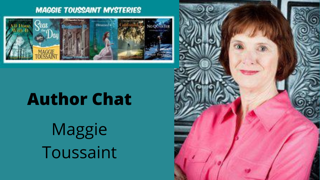 I’m delighted with this unscripted live video interview from Tiffany the Beachbumbookworm. We sat down and talked and talked about cozy mysteries and so much more. I hope you have a few spare moments and can sit in on our conversation. https://www.youtube.com/watch?v=0TwI2j56fHs

Spawning Suspicion releases on Monday, Nov. 9, 2020 and its blog tour begins the following day (Nov. 10-19) with 20 whistle stops on the tour. I hope you’ll join me for interesting reveals…and the giveaway!

The book’s tour page is HERE.

November 10 – I’m All About Books – SPOTLIGHT

November 11 – My Journey Back – CHARACTER INTERVIEW

November 12 – Escape With Dollycas Into A Good Book – REVIEW

November 13 – Books to the Ceiling – SPOTLIGHT

November 17 – Reading Is My SuperPower – REVIEW

November 18 – I Read What You Write – SPOTLIGHT 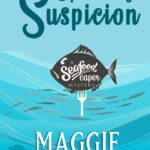 Spawning Suspicion, book two of my Seafood Caper mystery series, is now available for preorder at all digital channels. It will become available for print preorders soon. Read all about this wonderful culinary cozy set on an island at https://maggietoussaint.com/spawning-suspicion

DARIEN, GA — The 13th annual Killer Nashville Silver Falchion Award recognized DREAMED IT by MAGGIE TOUSSAINT as a finalist in the 2020 competition.

This international award, based in Franklin, TN is open to any novel published the year prior to the open of the competition. Books must also be readily available to a North American audience. This year, 60 finalists were chosen in nine different categories. There will be one winner per category and an overall winner of Book of the Year. Category winners will receive a medallion and the overall winner will receive a medallion and $500 cash prize.

The 2020 competition is judged by a team comprising of book publicists, professional reviewers, award-winning authors, literary agents and editors, and other industry professionals. Winners will be announced August 22, 2020.

DREAMED IT is a PARANORMAL COZY MYSTERY. 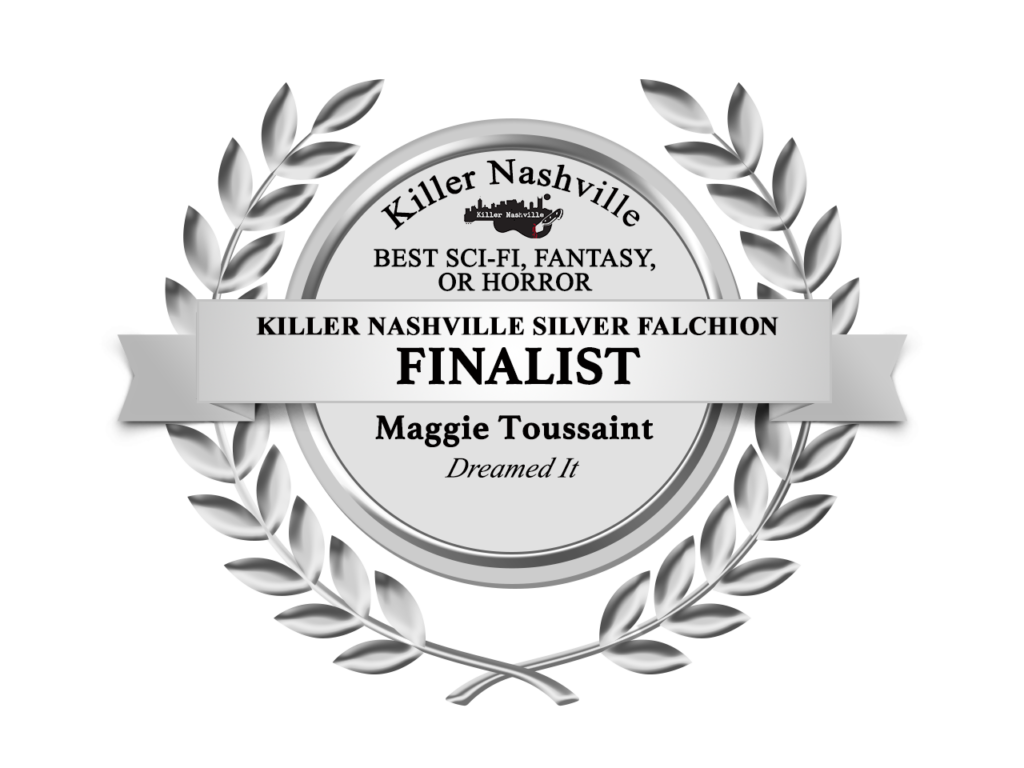 “We appreciate you, we applaud you, and thank you for your great work. Your work raises the bar for mystery, thriller, and suspense literature,” said Clay Stafford, Founder of Killer Nashville, of the finalists.

I am delighted to share that my Great Escapes Book Tour is from April 22-May 1. I hope you’ll meet me at these destinations to learn more about my new series–and there’s a giveaway!

April 25 – Here’s How It Happened – SPOTLIGHT

April 28 – Escape With Dollycas Into A Good Book – REVIEW

May 1 – View from the Birdhouse – SPOTLIGHT 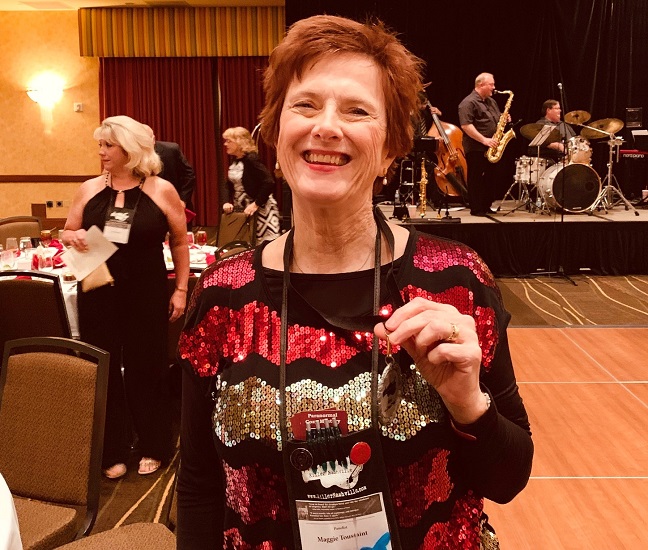 Something amazing happened! CONFOUND IT won a Silver Falchion Award at Killer Nashville 2019. The field was tight, and I honestly didn’t expect to win among such stiff competition. I nearly didn’t hear my name called by category announcer Charley Pearson. 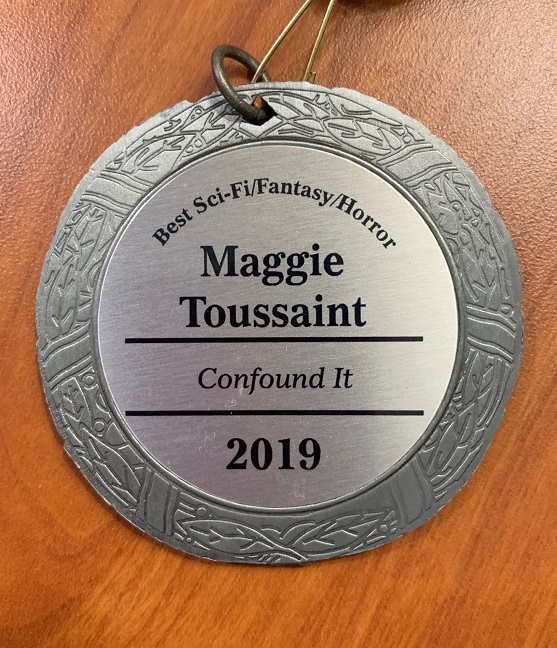 I floated up to the podium to get the award. Gosh, it was so super. Here it is nearly three weeks later, and I still get misty-eyed thinking about that beautiful moment. 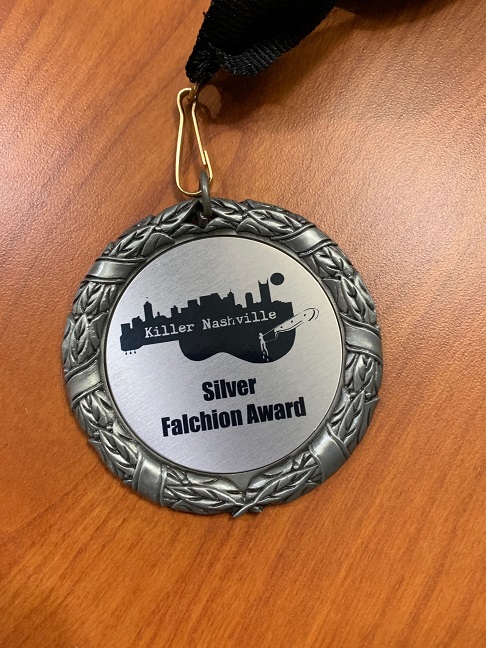 So grateful for all the readers, fans, judges, and KN staffers who made this wonderful conference possible. It was a life moment for me and one I will always cherish!