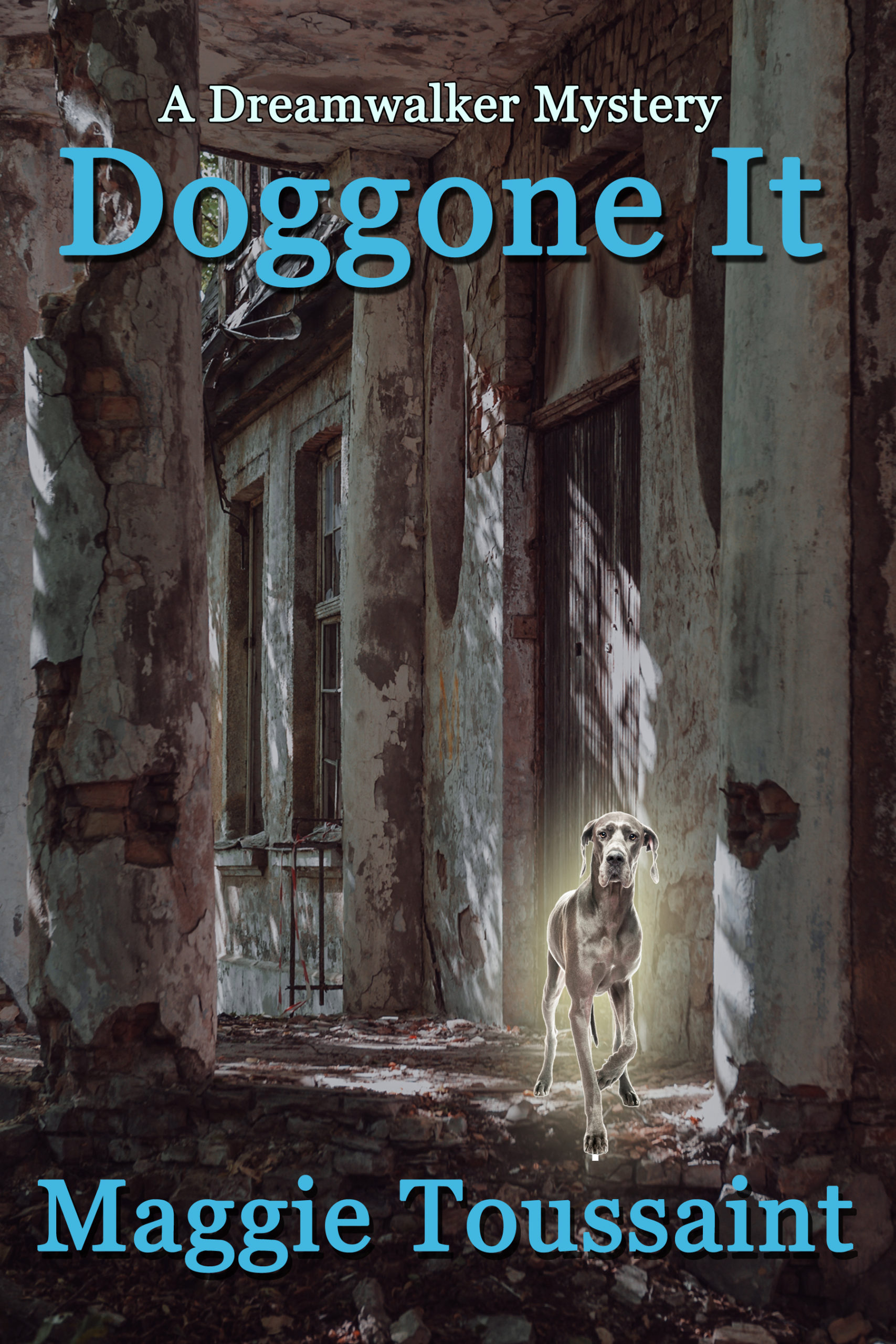 Dreamwalker Baxley Powell can’t remember the last time she had such a crappy weekend. A twilight encounter with a ghost dog left her numb and disoriented, her dreamwalker abilities are wiped out, and the sheriff just summoned her to a double homicide.

With no access to the spirit world, Baxley bluffs her way through the crime scene where a movie star’s assistant and a charter boat captain were strung up and bled dry. In a haunted house, no less. Figuring out who killed these people will be a real challenge without her ability to speak to the dead.

Just when Baxley thinks her powers are returning, her dreamwalks malfunction. With the sheriff pushing her to solve the case quickly, Baxley teams up with a dognapping medium to boost her powers.

Suspects include the captain’s good-for-nothing brother, the assistant’s replacement, and, of course, his stalker. All of Sinclair County is on edge, and the media circus isn’t helping. At stake are the movie’s funding, the sheriff’s job, and Baxley’s senses.

“In Toussaint’s third Dreamwalker adventure, a woman with an unusual job risks her life to unravel a mystery. Plenty of hair-raising action as the likable, gutsy lead battles forces of evil. “– Kirkus Reviews

“The book is thrilling & fraught with lots of tension from the very beginning. It is a fascinating, suspenseful, paranormal mystery that makes this series a pleasure to read! I can’t wait to see where Baxley & company go next!” — Sherry Troop, Amazon Reviewer

Maggie Toussaint has done it again with her next in the Dreamwalkers Series. I love the mysticism and the personal struggles Bax faces and the overwhelming sense of family that keeps Bax not only grounded, but protects her from the ultimate battles of good versus evil. I kept waiting for her demon helper to call in her marker, and I’m intrigued by the watcher in the woods, both of which I eagerly anticipate being outed in her next book(s) in this series. – Karla Brandenburg, Goodreads Reviewer

“Doggone It is a gripping, fast-paced tale that will have you anxious for Baxley’s well-being and eager for the sequel. A fun and easy read! “– Nancy J Cohen, author of the Bad Hair Day mysteries

“An enjoyable and intriguing read! Baxley Powell has a unique gift, where she talks to the dead in her dreams. She also has other gifts that come in handy as a paranormal police consultant. Those gifts sometimes cause complications, requiring a call to her guardian, by the name of Rose. When Rose is called, Baxley must give something in return. I’m curious to learn more about who Baxley’s watcher is. This person, comes across as a protector, but an unknown one. Also, wondering how Rose will collect on what is owed to her.” – Allyson Abu-Hajar on Goodreads

I stared at my best friend, alarmed. “We’re going in the haunted house? Count me out. I didn’t sign on for breaking and entering. I can’t do that. I’ll lose my job as a police consultant.”

Charlotte shone her light on the weathered façade of June’s Folly. “No breaking required, Baxley. The front door is open.”

I added my beam to hers. Sure enough, the paneled door with the centrally located doorknob gaped on its hinges. “Dang. You’re right. Still, this place belongs to someone. We don’t have the right to stroll inside. We’ll be trespassing.”

“Just a peek inside. If the ghost is here, it should repel us at the door, or so goes the legend. Speaking of ghosts, is anyone talking to you? Maybe shaking some chains or speaking in French?”

“All I’m hearing is a desperate reporter.” Cautiously, I touched the banister to see if it was secure. It was. I used the railing for support as I carefully trod the rotten, squeaking steps. Drifts of thickened air stirred my hair and sighed through the pines.

Charlotte halted. “You hear that?”

Her voice sounded too high. “The wind?” “Chains clanking. And a sad, mournful song in another language.”

“Truly?” I heard nothing of the sort. Was Charlotte’s imagination getting away from her? Was there a ghost?

Charlotte sank to the porch decking, her gear clunking as she landed heavily on her rear. “I, uh, need a minute.”

“Okay.” I sat on the top step beside her. Other than feeling dread and a shiver against the elements, I seemed normal with no sign of sensory overload. I marveled that I was still functioning. A little maturity and a little extrasensory training and I had a whole new perspective on this place.

“Don’t you feel it?” My friend’s teeth chattered. “I’m freezing.”

I estimated it was nearly eighty degrees and humid enough for spiders to dance on the air. Puzzled, I touched Charlotte’s arm. Her skin felt cold to the touch. Ordinarily, Charlotte would be griping about the heat and the humidity. Something was crossing her wires. “Look at you! Working those earlier ghost sites must have unleashed a latent talent.” I gazed at her with frank admiration. “You’re the ghost detector tonight, Char. I’m not picking up anything.”

She had me there. “Nope. I don’t want to have to call my father to come get me again. That would be embarrassing.”

“I thought you were doing this to prove yourself as a full-fledged dreamwalker.”

“My main thought is that you have your answer to the ghost question. Chains and mournful singing support the drowned slave legend. Time to go home.” “There’s more to this, I know it,” she insisted. “Help me prove it. You can handle whatever it is I’m feeling. I haven’t passed out or anything.”

Charlotte had called me out. Worse, she was right. Just because I never heard ghosts before was no reason not to listen for this one. My talents and my shielding abilities were much more finely tuned now. I’d been talking to the dead for months. I didn’t have to let childhood fears dictate my actions. And, the sooner I gave Charlotte what she wanted, the sooner we could go home. With that, I closed my eyes and opened my senses to the night. Immediately, I plunged into a freezing fog bank.