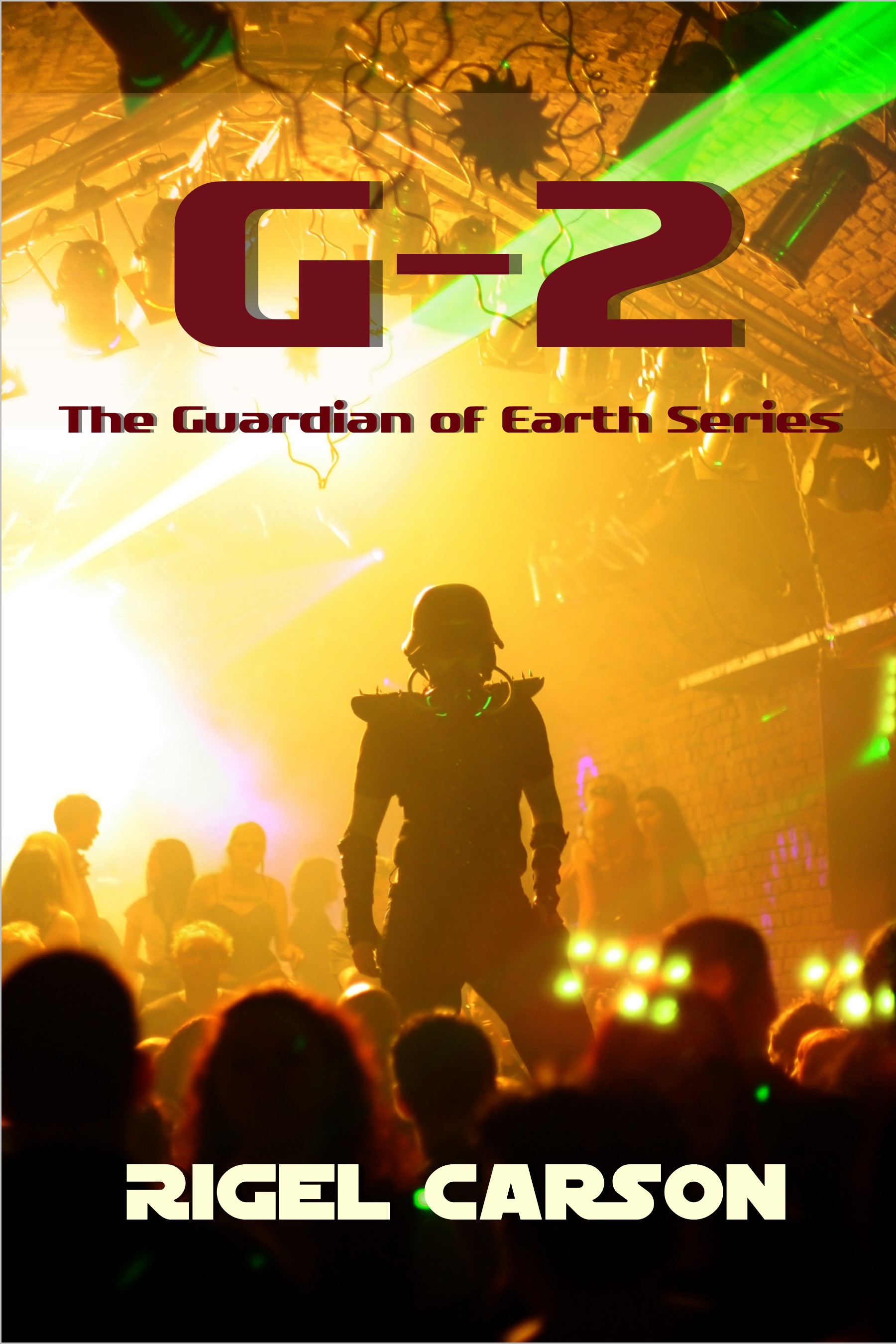 Brand new Guardian of Earth Dr. Zeke Landry is just learning the ropes when his extraterrestrial warning system sounds. Merciless invaders are on their way to 2065 Earth. With no tangible proof, Zeke is powerless to warn anyone until the space ships arrive. First Contact has finally happened, and the aliens are tall and green.

The Maleem say they come in peace and want to explore trade opportunities. World leaders salivate at the chance for interstellar markets. As the Maleem tour the planet, countries welcome them with open arms and try to curry favor.

Meanwhile, pop star Queen Bea and her sister are stranded in Japan, diverting Zeke and his android’s attention. Bea sings her pop hit “Little Green Men,” during a friend’s concert, and the Maleem show up for the performance. Afterward, the Maleem hand out jeweled necklaces to key leaders, enslaving them and beginning a reign of terror and annihilation.

When Zeke is enslaved by the Maleem, all looks bleak for humanity. Outgunned, outmaneuvered, and outfoxed, citizens of Earth are doomed, unless someone helps them. Can Zeke rally and save the world a second time?

“When Zeke discovers a hostile alien fleet is headed to Earth, he is determined to stop them. His role as Guardian of Earth and descendant of a faraway race is a secret. He trusts no one for help, including his robot valet, Forman. It’s a good thing, since Forman’s creator has tampered with his programming. She’s put a locator inside him, and this becomes useful as Zeke and Forman are compromised by the Maleem invaders. Zeke has a narrow escape aided by his girlfriend, Jessie. Could they use the way she freed him as a means to repel the alien force? Why is it that humans are disappearing around the globe? As more world leaders succumb to the Maleem mind link via a mysterious necklace, Zeke consults his Taman relatives for answers. How can he defeat an ingenious enemy who is seemingly unstoppable? They tell Zeke that he needs to have faith in his own powers and the help of others who believe in him. Can he use his newfound heritage to protect the planet? Filled with action, adventure, and suspense, this story will take you on a ride that’s out of this world. The secondary characters are memorable and unique. Here’s hoping Zeke and friends return to save the planet again. An exciting, edge-of-your-seat read!”— Nancy Cohen, author of Bad Hair Day mystery series

About G-1, Book One of this series: “One of the best near-future books, period” – Jake Lingwall, author of Freelancer “Entertaining soft scifi with an engaging mystery,” – Indie Heart, Amazon Reviewer

“This book was fascinating and not what I expected it to be – a rollercoaster ride through emotional and political upheavals in a futuristic world that seems all too realistic. This is not a “heavy” sci-fi novel, in the sense that things are so different from our world it’s difficult to hold onto the setting. The water crisis was well researched, characters which you wanted to root for (including the android Forman who must have been fun to write), and enough twists to always stay a step ahead. A great enjoyable read.” – The Behrg on Goodreads & Amazon

Shadows flickered in the darkness, black on black, Zeke’s mental gaze keenly attuned to the dark nuances. Frissons of dread peppered his thoughts, rattling his senses. He floated in the timeless void of space. Cold. Alone. Afraid.

Without warning, a line drive of thought energy socked him. He struggled to hold the link. The vermillion-tinged darkness reminded him of primordial ooze from which there was no escape. Was his planet destined to go the way of the dinosaurs?

His spirits plummeted. There had to be a way. He couldn’t give up on his planet without a fight. Someone, somewhere must have beaten the Maleem before. Earth needed to build on that success.

He fired a query across the vacuum of space. Wait! What about those few stragglers on Drigil Eight? How did they survive?

The link hummed with energy. It buzzed bright in his head as if hundreds spoke at once. Zeke allowed himself to hope. All wasn’t lost. It couldn’t be. More than seven billion people lived on Earth. So many innocent lives at stake.

We have sent a query, young Zeke. We will advise you in due time.