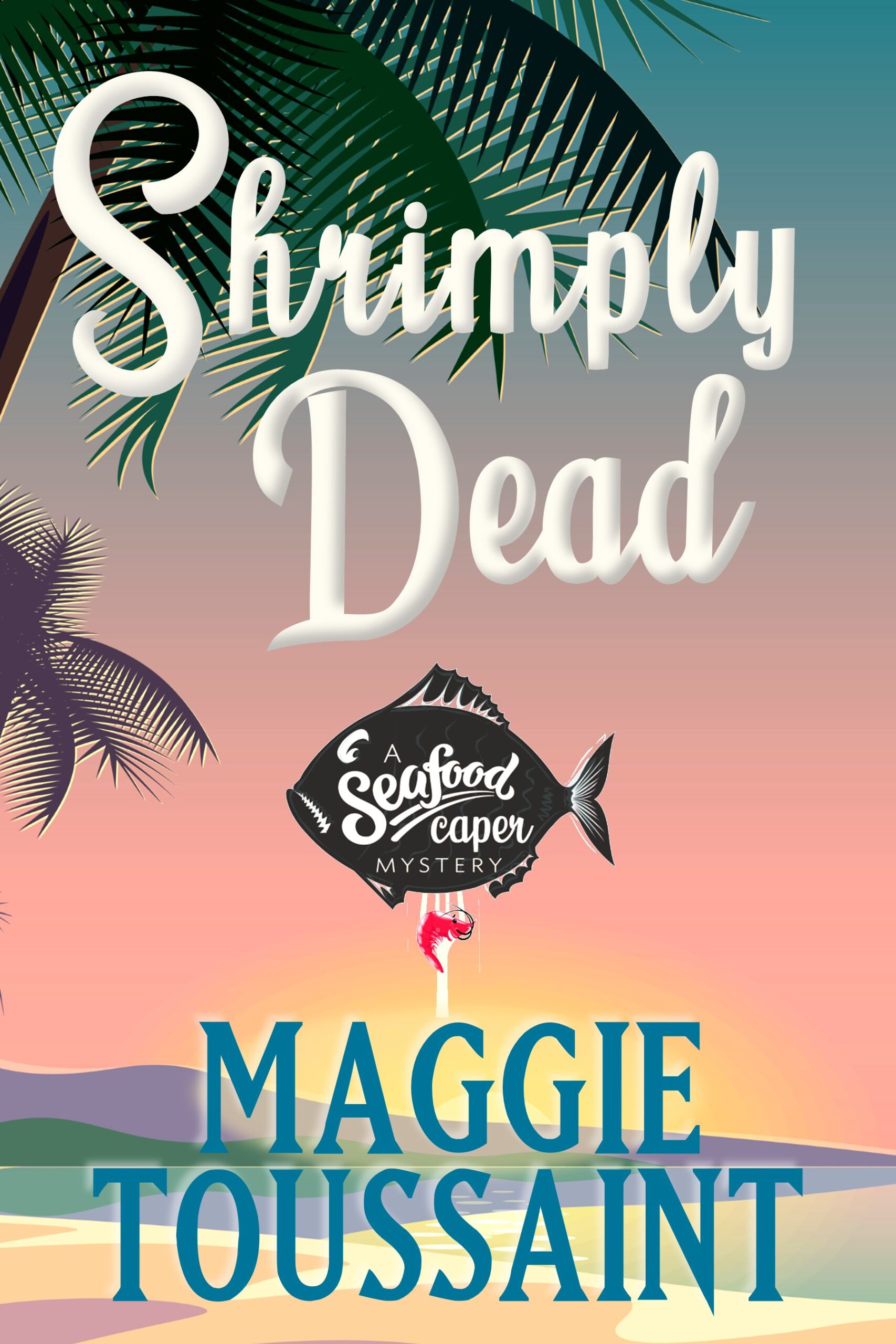 Will culinary sleuth River Holloway find out who killed her veterinarian and naturalist friend before she becomes the next victim?

When veterinarian and amateur naturalist Jasmine Garr is shot in her yard, residents of Shell Island press caterer River Holloway into investigating the homicide. River dons her amateur sleuth cap and sets out to discover who killed her former catering customer.

Between Jasmine’s estranged cousin, a rival veterinarian, a wild animal trapper, the chicken lady, and a real estate broker, River has plenty of suspects to consider. As she peels back the layers of Jasmine’s life, dangerous secrets come to light.

Jasmine’s orphaned kitty, Iris, along with River’s cat Major, and her husband Pete help River sift through the evidence. At the same time, River recently expanded her catering business. She must service her regular catering clients, plus provide fresh baked goods for Pete’s ice cream shop.

The killer follows River’s every move relishing the thought of another victim. Time is running out. Will River solve the murder before she becomes a cold dish?

Leaving the Buick’s windows down for my cat, I hurried inside the post office lobby’s tight quarters. As expected, Ola Mae Reed and her sister Valerie Slade held center court by the mail drop. I squeezed around people to hear the news.

Ola Mae appeared deep into postmortem of another gruesome island tragedy, but she didn’t mention any names. I asked one of Mom’s bridge lady friends, “What happened?”

Shocked, I rewound Lizzie’s words in my head. Yes. She’d said Jasmine died. “Oh, no. I don’t know what to say. She’s in the prime of her life. Could this be a mistake?”

“But she just won an award Saturday night.” I realized how stupid that sounded as soon as the words left my mouth. An award wouldn’t prevent death. An argument could be made that getting passed over for the honor provided motive for retaliation.

You’re getting ahead of yourself, River. You don’t even know how she died. It could be natural causes or a snake bite or something.

“The Chicken Lady found her round about sunset yesterday,” Lizzie continued. “She was long gone by then.”

“How?” I asked, my curiosity demanding an answer right now.

The crowd parted as people glanced over their shoulders at me. With just enough room to thread my way through, I made it to Ola Mae’s side. “Yes?”

“Folks, this gal is smart as a whip. River’s solved two homicide cases already, cases the Riceland County Sheriff’s Office mangled. Well, we’re working on getting a new sheriff in office, and I’ll give a shout out to Deputy Gil Franklin right now. Everybody needs to vote for him next month if you want a change in how our county is policed. Anyway, Jasmine was a hometown gal. I knew her mom, Holly Garr, and her grandmother, Zinnia Drummond. They’re good people. If anyone can figure out what happened to Jasmine, it’s my friend River.”

All eyes turned to me. Guess I should say something. “Thanks for the vote of confidence, Ola Mae, but this is the first I’ve heard about Jasmine dying. What makes you think it was foul play?”

“The coroner’s assistant’s second cousin is married to my mechanic’s wife. She works at the office over there. Anyhow, I went in for an oil change and got the scoop. Jasmine was found in her yard, shot in the back, lying in a pool of blood. Whoever shot her left her there to die. On purpose. We can’t have that on our island.”

The crowd burst into acclimation until Ola Mae held up her arms to silence everyone. “Now, now. We’re gonna do what we’re supposed to. We’re gonna go out in pairs and keep an eagle eye out for gunmen. We’re gonna keep our doors locked in the meantime and stay away from strangers.”

“And eat a lot of ice cream,” a man yelled from the back of the lobby.

At that point, the postal clerks came out from the back. I thought sure they’d shoo us all out because we were blocking traffic, but no, they wanted the scoop, so I heard the story all over again.

The facts of the case were few. Jasmine was killed in her yard, most likely early morning yesterday. The bullet didn’t exit her body, and she bled out on the ground.

A man I didn’t recognize called out, “What kind of yella-bellied snake shoots someone in the back? That’s what I want to know.”
The crowd buzzed with conversation.

After a minute of commotion, Ola Mae raised her arms again and the group calmed. “Look here, we’ve got a plan. River’s the best amateur detective this side of the Atlantic. If anyone can figure out the truth, she can. Meantime, we’re all on the buddy system. Call your friends and neighbors and warn them we’ve got a killer on the loose.”

“And go home,” one of the post office workers shouted. “Nobody else can fit in here, and we’re violating the fire code right now. Let’s not add another incident for Ms. Holloway to investigate.”

My cheeks burned with heat. Everyone expected me to work a miracle. I’d been lucky enough to solve two murder cases, sure, but I was highly motivated to solve those cases. Who was I kidding? Jasmine needed justice same as the other victims. Of course I’d ask questions about what happened to her.

The first person on my list of folks to question was the Chicken Lady, Cora Radley.