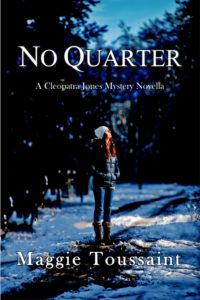 The voice sounded a million miles away. I barely caught the words. Didn’t matter though. I was too woozy to answer.

The voice persisted. “Ma’am. What is your name?”

Go away. Let me sleep.

Fingers pried an eyelid open, and a light blinded me. Startled, I tried to rear back, only there was nowhere for my head to retreat. The light winked out, then it blazed into my other eye.

Leave me alone. I tried to curl into a fetal position, only my arms and legs didn’t move. I was paralyzed! Icy fear shot through my bloodstream. I was in danger. Had to hide. Had to sleep.

Painful tingles lanced my hands and feet. I groaned inwardly at the awful sensations. Why wouldn’t they leave me be? I felt like a slab of meat with people standing around and poking me.

“She’s coming round,” the voice said.

“Ma’am, can you hear me?” a deeper voice asked.

“Yes,” I said, only my lips didn’t move. Cold. I was so cold. I shivered and trembled.

Joints ached. Head pounded. I squinted through slits of eyelids. White ceiling. White room. Where am I? What happened to me?

My fingers curled, nails dug into my palms. I tried to lift my head, and pain sliced through me. Beeps sounded. Footsteps approached. My eyes opened wide with terror.

A woman dressed in white beamed at me as if I’d won a prize. “There you are.” She punched a few buttons, and the noise ceased. The throbbing in my head lessened.
“I’m Nurse Holly Ann, and you’re in the hospital,” she said in a perky voice. “We think you were in a car accident. Do you understand what I’m saying?”

Car accident? No way. I’m a safe driver. I tried to tell her, but my words came out gibberish. My pulse thrummed in my ears.

Vital signs. I’m alive. That was good news. A cuff squeezed my arm, sending my heart rate into a gallop.

The nurse stuck a device in my ear briefly. “Temp is ninety-seven. A little low, dear, but that’s to be expected.”
Why was it expected?

She must’ve read the question in my eyes. “Because of the cold weather. It’s January. You were wandering on a Christmas tree farm in northern Virginia. The farmer called an ambulance, and now you’re safe in the hospital. Sit tight, and I’ll get the doctor. He’ll tell you more.”

A tree farm? This was all so confusing. What happened to me? I tried to remember, but static filled the void where my memory should be.

“The charge nurse said you were awake,” a man said.

I opened my eyes, tried to speak, and got gibberish again. So frustrating.

“Ah, hello there. I’m Doctor Garwood. Good to see you’re conscious. You may be experiencing a headache. You have a concussion, and we’re monitoring you. Your CT scan came back fine, so there’s no internal bleeding. Blink twice if you have a headache. Blink once if you have no pain.”

I blinked twice at the tall man in the white coat, and he smiled.

“You’re doing fine,” he said. “You may experience temporary problems with speech and memory. That’s routine for your type of injury. Most cases like this resolve satisfactorily in twenty-four to forty-eight hours.”

An injury? I had no memory of an accident or injury. Then I rewound more of what he’d said. Oh. Memory loss. The mental fog made sense now. Regardless, I wanted out of here. I wanted to go home. I blinked twice and waited. Home. Where was home?

“We’ll get you squared away in no time,” he said. “Do you remember your name? Three blinks for yes, two for no.”

My name. Somebody asked me my name earlier. It’s . . . what is it? I couldn’t remember. I blinked twice.

“That’s what I thought, but your memory should return shortly. You have a bump on your head. Nothing broken and no other swelling, so you’re good there. Since you carried no identification, we sent your photo to area police departments.”

Photo to the cops. Good. My family would find me. Wait. What was that about a bump on my head? I blinked three times in a row.

He jotted notes on a chart, ignoring me. I tried to sit, but my stiffened joints protested.

Dr. Garwood glanced over at my thrashing. “Be patient while your body reboots. We’re still waiting on your toxicology reports and hoping for a positive ID. Sit tight.”

Sit tight. As if I could leave. I flexed my fingers again and then I tried my toes. They didn’t respond. Not good. I wanted to lift my head and see if they were still attached to my feet, but that would trigger alarms again, which would make my headache pound harder.

With each passing moment, mental clarity strengthened. I tried to piece the facts together. Something happened to me, and I was in a hospital. It was January, and I’d been walking through a tree farm. The farmer hadn’t recognized me, the cops didn’t know me, so I must not be local. Why was I walking around someplace I didn’t belong in the middle of winter?

I thought and thought until I gave up. Somebody must be searching for me. Somebody would come for me. My eyes drifted shut again.